I saw this online and I couldn’t resist but share with you!  I think this is an excellent concept for coloured tights to have a smooth colour gradient.

Personally I’ve seen tie-dyed tights before and I can’t stand anything that was coloured this way because it reminds me of some unfortunate laundry accidents rather than fashion.

However, this concept is much neater, especially if it is styled nicely with the outfit.  From my knowledge this product is from China and there is even a supplier on Alibaba website.

Can Europeans brands try to repeat this?  I’d be a big fan if I could find something of this sort from my favourite brands. 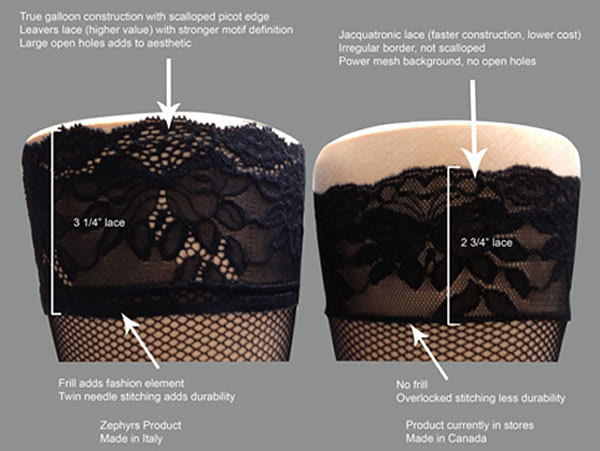 Fantasy Stockings is a Canadian hosiery shop with a wide selection of pantyhose, stay up stockings, hold ups, garter belts, leggings, knee high socks, trouser socks, and other nylon legwear. We are based in Calgary, but have representation in Vancouver and Toronto too. Domestic shipping for Canada and United States. Discreet service available.